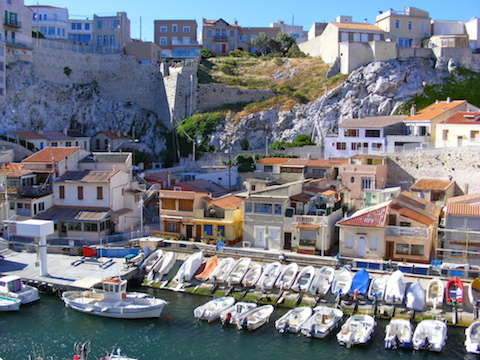 Ah, Marseille! It only takes one visit to fall in love with the sound of cicadas, the smell of the sea, and its famous sing-song accent. The second largest city in France after Paris, Marseille is a culturally rich and diverse city. Located on the coast of the Mediterranean sea, the Marseillais people come from Italy, Spain and North Africa, making Marseille a true melting pot. It isn’t just a city, it’s the city to visit in France.

I already hear the protests, “Why? It isn’t Paris?” Malheureux, va! [ma.lœ.ʁø] (Little devil)! If you want to meet warm and friendly people and not have any trouble, please don’t mention Paris while you are in Marseille. It’s like saying LA is the best city and has the best baseball team to someone from San Francisco. The rivalry between Paris and Marseille is most notable, maybe, because Marseille has all the best of France. We have beautiful beaches, more than 300 sunny days each year, the Calanques [kalɑ̃k], the best food—prepared with olive oil, no butter, please—and a rich history. In Paris, let me think, they have… the rain and Paris Plage. What is Paris Plage? It’s a joke! During the summer, the city throws sand on the quays of the Seine and people lay on the banks of the river and pretend they are at the beach. In Marseille, even though we like saying we are a city full of gangsters, the people are quite friendly–not like in Paris, where the people are as cold as the weather.

The real rivalry is between the cities’ soccer teams, L’Olympique de Marseille and Paris Saint Germain. In Marseille, we have the best fans in the world, while in Paris, they try. In Marseille, soccer is a religion, in Paris it’s just money. But even with all the money, there is one thing that they can’t steal: our pride to be Marseillais. 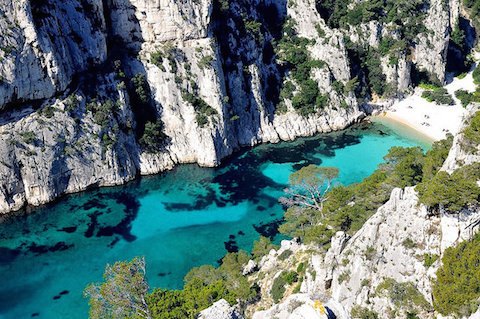 The city’s culture is rich and unique, and is reflected in the way people speak. Marseille is a city of exaggeration. For example, when someone is late, we say “I’ve been waiting for, like one hour,” or even “Gosh, I’ve been waiting for 100 years.” We say that even if we‘ve only been waiting about 20 minutes. The city also has its own vocabulary, of course there is the Provençal dialect from the South, but we also have some very Marseille-specific expressions. Here are some examples:

“T’es en bois” (You’re in wood) means that you are really bad for something.

“Un cabanon” is a small space without comfort. The word is used to describe a small, rustic shack on the beach.

“Un cafoutche” is a small storage room for things you don’t use but don’t want to get rid of.

“Une cagole” [ka.ɡɔl] is the stereotypical girl from Marseille. Typically she has a heavy accent, is not very clever, uses too much make-up, wears a jogging suit or a short skirt, and is always chewing gum. Cagole is usually used for girls who aren’t natural beauties. A cagole ia girl with exaggerated qualities, similar to the famous Jersey girl in America. For a man, we say, KéKé [ke.ke]

“Je vais caner”, literally means “I am gonna die”. Of course, now you understand that people from Marseille like to exaggerate. You use this expression when something is boring, long and tiring. So don’t call an ambulance if someone tells you that.

“Y a dégun” [de.ɡœ]̃ means that there is nobody, that a place is empty or filled with just few people. The opposite is cafi.

“Fada” means that a person is crazy.

“Se faire pointer” is to refuse someone entry to a party or a place. Essentially, to turn someone away.

“Un pastaga” — You have to know this one because it means Pastis, the famous anis flavored liquor from Marseille. You can also say, un 51, un Ricard, un petit jaune… We typically drink Pastis with ice and water.

“Minot” refers to a child, or someone young.

“Etre esquiché” is to be squished. Specifically when a place is very crowded, and you are in a tight space.

“Ton t.shirt est réné” means that your t-shirt is ugly and old. This word is used to describe something or someone who is out of style, or simply bad.

“Etre tarpin beau / belle” [taʁ.pɛ̃] to define someone or something very beautiful, or with a good taste. Tarpin means very, a lot.

“Vas te jeter!” This means to “go throw yourself.” However, if someone tells you that, please don’t think that we you want to commit suicide. It’s an expression used to force somebody to leave. This is similar to “get lost.”

“J’ai quillé le ballon” means something is stuck somewhere and it’s inaccessible. For example, losing a ball because it is stuck in a tree and it is too high to reach.

“Oh fan de chichoune!” This is used to express the deepest surprise, or annoyance.

“Il faut aller chercher Molinari” Litterally this means “we need go find Molinari.” This expression is used to describe having an insoluble problem and that you need help. There are several stories about the identity of Molinari. One of them, date of 1826, where Mister de Rocheplatte have to come in Marseille to help the Egyptian frigate. The person who will help him to get in the sea will be the very skillful Mister Molinari.

“Oh mazette!”  [ma.zɛt] is an exclamation used to express admiration.

“Une rengaine” [ʁɑ̃ɡɛn] is something that we repeat a lot, like an old story.

“Faire Fanny”, is an expression to use when someone loses a game. We can also use, “Embrasser Fanny, Etre Fanny, or Se prendre une Fanny.” “Kiss Fanny” means kiss the bottom of a woman named Fanny. Usually using during the game la pétanque [petɑ̃k], which is similar game to bocce ball. 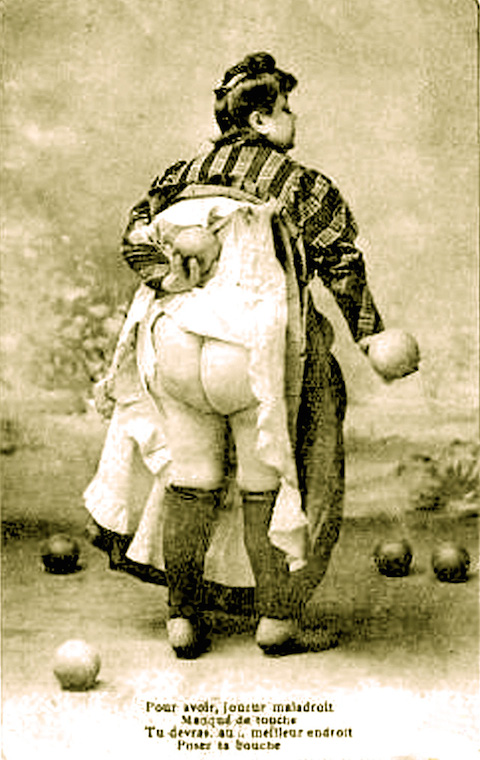 “Mains de Pati” (broken hands)  is an expression that is usually used when someone spills his glass or breaks it. This means that a person is awkward and clumsy. This is similar to the expression “butterfingers”.

“La Bonne Mère” (The Good Mother) is a familiar and affectionate name for the basilica of Notre Dame de la Garde.

The list will be longer if I kept writing, but I let you discover other expressions on your own. Last piece of advice: In Marseille we don’t use punctuation at the end of the sentence, but just some poetic words such as, “Putain, con, merde…” you’ll get the hang of it.

Yes, my dear travelers, Marseille is a city full of surprises, which will either seduce you or drive you crazy.

Oh! I almost forgot, please don’t put an “s” at the end of Marseille, this city is unique. We don’t need a plural when there is only one Marseille.