Three and a half hours outside of Paris stands Le Mont Saint Michel, a castle-like structure posing as an island commune just off the coast of Normandy. Before we could see ocean water, the silhouette of Mont Saint Michel emerged on the horizon, obscured by dreamy layers of distance like a mirage. As our bus made its way closer to the shore, the details of the structure began to solidify–the blue-grey roof tiles, the dusty windows, the tiny gold statue of St. Michel on top of the highest spire. 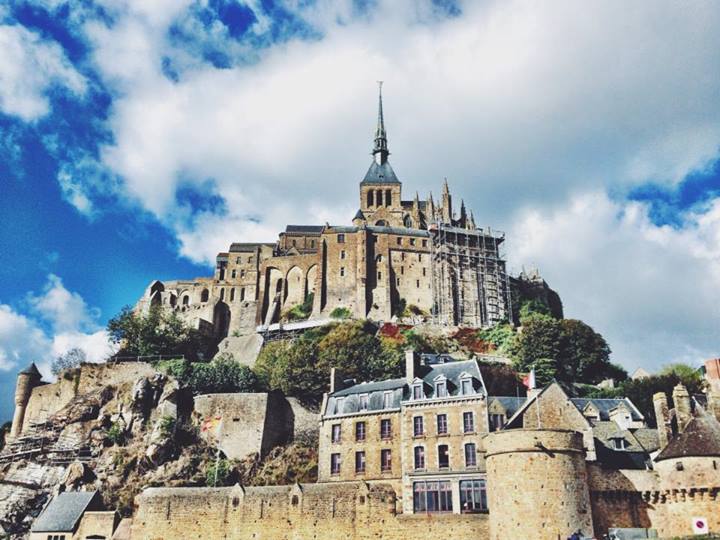 From the parking lot, a shuttle took us across a bridge over the mudflats that encircle Mont Saint Michel, and once at the base of the structure, we made our way on foot. Lined with gift shops, hotels and restaurants, the main street was by far the busiest part of the commune, the bloodline to many of the smaller vantage points and flats that are home to its 49 residents. The crowd dissipated as we hit the first set of stairs, when visitors with children or bad knees decided to hang back. 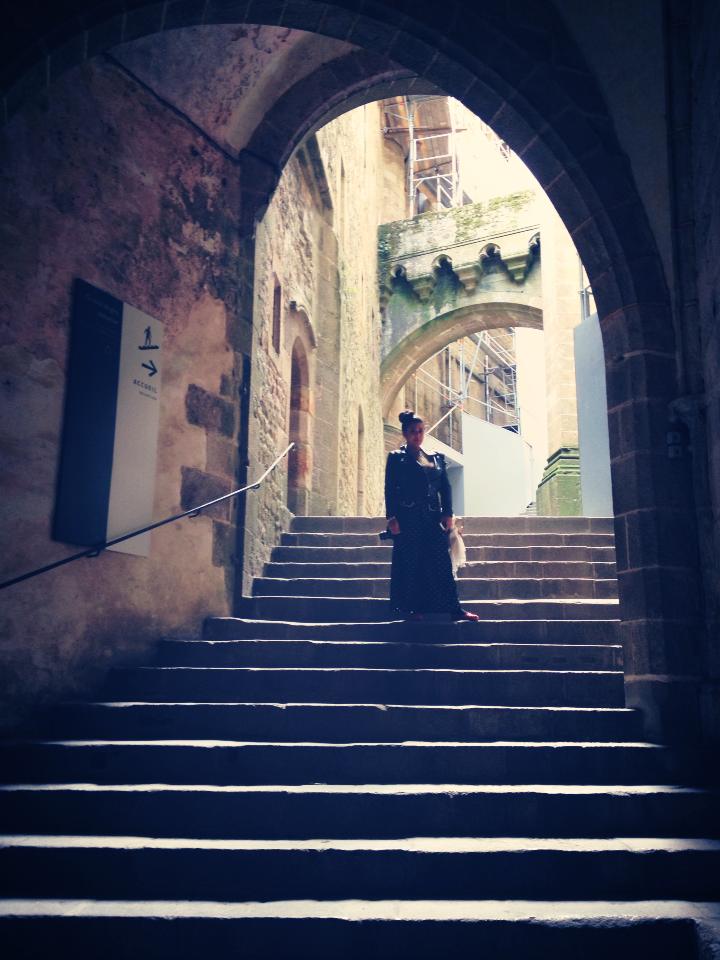 Roughly 350 steps to the top, the uphill battle was surprisingly easy, as there were more than enough visual diversions to keep us distracted: the climbing vines in shades of red, green and brown, abandoned spigots aimed at stone basins, blankets of moss coating the walls, the local cat posing on a ledge, the different shape, texture and hue of each brick. 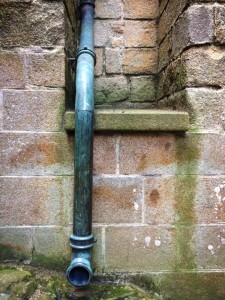 At the peak of the grand staircase, we came up on the first view of the east-facing mudflats and the mouth of the Couesnon River. On this uncharacteristically sunny day, the shallow water acted as a glassy reflection of the sky, the billowing clouds and breaks of sunlight creating a glittery white sheen over the landscape. On the western side of the building, we had a similar view with a less pronounced distinction between the water and land. We could see people walking along the mudflats, and with the impression of the sky so clearly reflected, it looked as if they were walking on water. 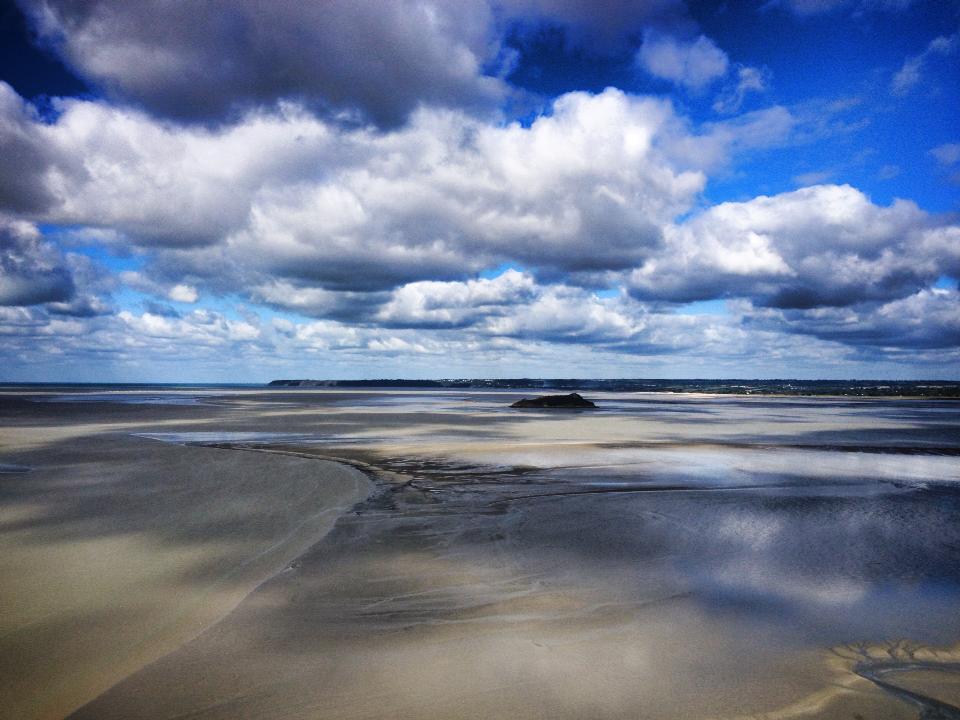 As we made our way through the unfurnished chambers, quiet chapels and open courtyards, the grandeur of Mont Saint Michel–which initially reminded me of a cross between Hogwarts and Kings Landing–evolved into a more understated beauty. The stone structure was never a palace or home to any royals, though it certainly looks the part. Its history as a monastery, a place of prayer where people came to be closer to God, gave it a subtle, tranquil air that resonated long after we left.

Of all the remarkable sites we visited on our trip to France, from the gardens of Giverny to the Palace of Versailles and the various arrondissements of Paris, Mont Saint Michel was the most memorable. Perhaps it’s because I knew the least about this landmark or maybe because all of the other destinations are so well-documented, but there was something transcendent in the vacancy and majesty of this location that is truly striking.