In honor of the upcoming London Olympics, we’ll be incorporating more posts about the UK into this blog. First up: personal experiences at Stonehenge. 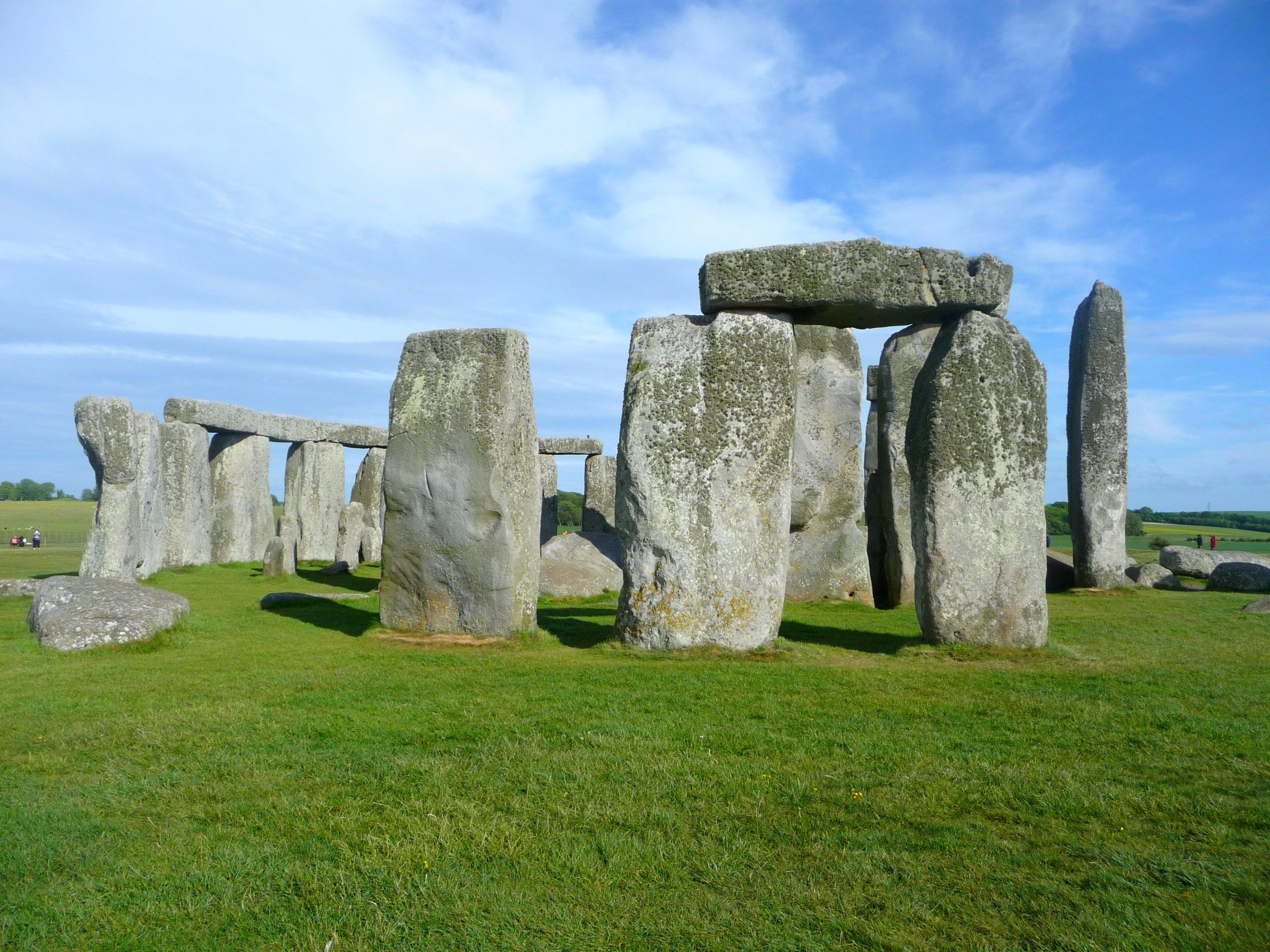 Laura D. says: I visited Stonehenge in the late afternoon on an especially windy day. The type of wind where your face immediately becomes chapped and you have to squint your eyes in order to avoid being blinded. However I did get close to Stonehenge and the weather didn’t disturb my sight that much, so the wind might not have been a big deal…except that I wanted to take a cute picture of me in front of the monument. The type of picture where I could show my family and say, “Look at this adorable picture of me at Stonehenge.” I did not get that photo. The wind destroyed my hair and no matter how many times I redid my ponytail, strands became loose and whipped my hair back and forth. I took about 40 pictures that day. I look normal in one photo. In the rest of the pictures my hair was in front of my face and I looked like the the creepy girl from the The Ring. Overall I’d call that a success. As for Stonehenge itself, well it was exactly what I imagined: impressive, large and old. It was surreal to be standing near a monument that was built thousands of years ago. And it was especially surreal to see that there was nothing around it, just a highway and a flock of sheep. The sheep came close to the fence and watched our group as we walked around the huge attraction. I took a picture of myself in front of the sheep. That was the one picture that I looked cute in.

Liz G. says: When I went to Stonehenge I was 15 on a high school trip. Despite being excited to see this legendary landmark, upon arrival I can’t help remembering being disappointed. I wish I could say how amazing and life-changing and spiritual it was, but to me, the site was underwhelming. Due to understandable and obvious reasons, regular tourists can’t get anywhere near the stone circle, where I suspect the experience is quite different. Later in that same trip I ended up going to the much larger stone circle of Avebury and was much more impressed by the enormity and epicness of that site. I did, however, buy a cool deck of playing cards at Stonehenge with pictures of the ancient stone circle during a thunderstorm. Those pictures were probably the most impressive part of my visit.

Will S. says: When first taught about Stonehenge as a small child one is intrigued by the sense of mystery and wonder that makes up its story. Those very same feelings are very much present when first walking up and gazing upon the structure. I arrived at the monument near dusk, the setting sun casting dramatic shadows across the last tourists of the day. The winds were whipping strongly off the ocean, making me feel as if I was at the end of the world, if not on another world altogether. Dozens of pictures were taken, most of them unintentionally humorous due to the wind gusts. Taking in Stonehenge makes you ponder not just the mysteries of the structure, but also larger questions as well. But then you pass through the Stonehenge gift shop and the snack shack and the parking lot and you remember the world we live in now as you try to catch one last glimpse of the monument, standing tall in the fading light.

Joanna O. says: I expected to be disappointed. I had braced myself for it throughout the day since it was the last stop on the tour that also included Windsor Castle and Bath. It was hard to keep my expectations low since I spent a good amount of my childhood fixated on the romanticized imagery of druids, Celts and King Arthur. When we stepped off the bus, the wind was insanely strong. So much so that you couldn’t really hear anyone speak unless they were talking directly into your ear. When I finally walked up the gentle slope and past the gift shop, I could see the stone circle up close. They rope off the area around it, but even from that slight distance I realized that I had completely underestimated how affecting Stonehenge really is. The combination of the wind carrying away all human voices and the late-afternoon sun dipping low in the sky created quite a dramatic atmosphere. I understand how one can walk away feeling underwhelmed — I had that reaction to Niagara Falls when I was a teenager. But for me, looking at the stones that people had dragged for miles to that spot (for a reason that archaeologists are still debating), the experience surpassed any expectation I ever had. I’m a self-confessed history nerd and maybe I would have been impressed no matter what. I prefer to believe that there is an aura of magic around Stonehenge and if we never find out why so much effort was put into constructing it, maybe it’s because it’s none of our damn business and we should just enjoy it while we can.

To close, we leave you with an excerpt from the epic song “Stonehenge” (which you can watch here).

And where are they now?
The little children of Stonehenge
And what would they say to us?
If we were here… tonight

This is Spinal Tap is streaming on Netflix right now, by the way. You’re welcome. 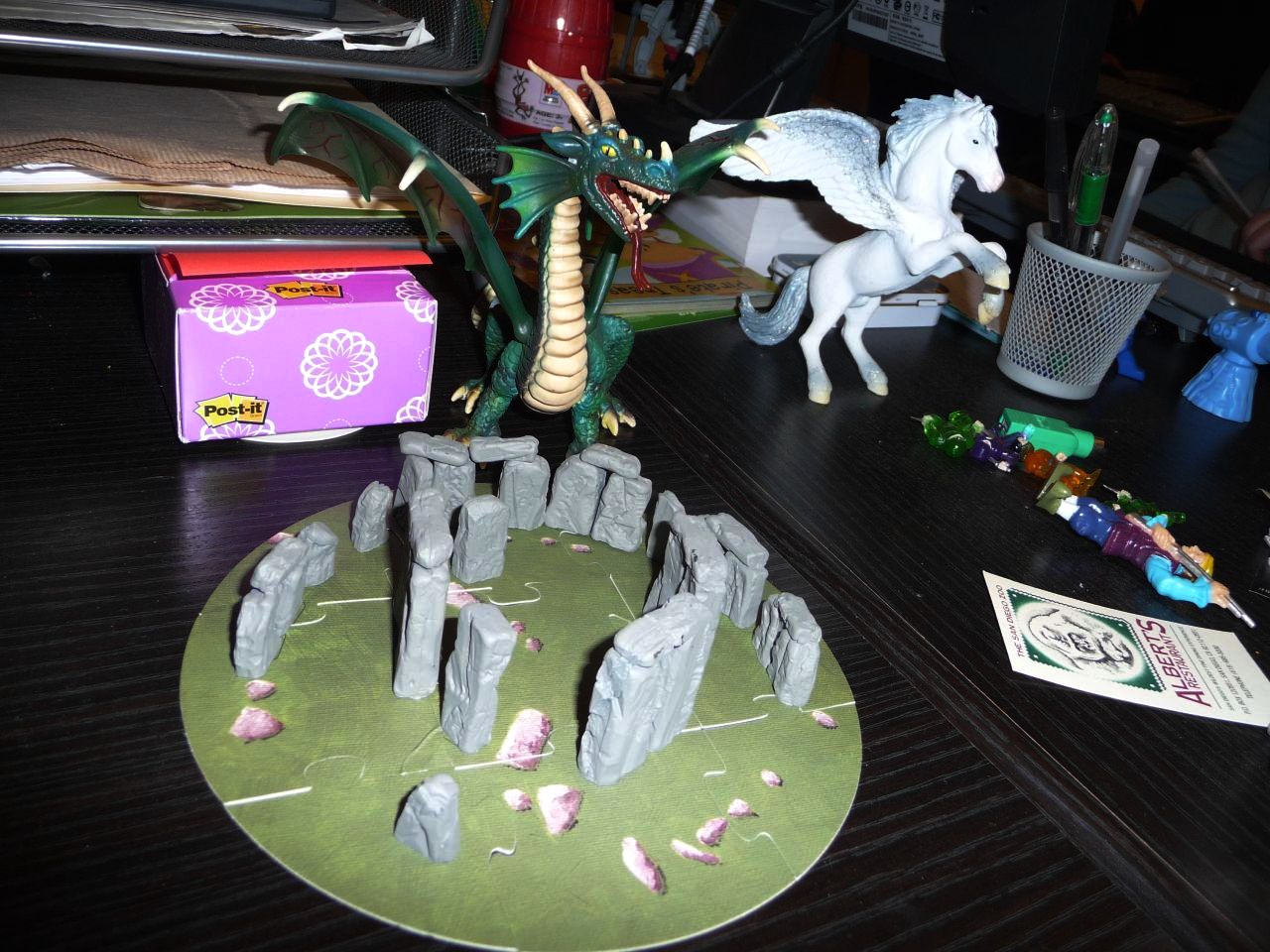 So who’s been to Stonehenge? Hands up. Were your experiences similar to the ones listed here? Let us know in the comments section or via our Facebook and Twitter pages!