Planning to take a road trip down the California coastline in the near future? We all know there are plenty of things to see and do on such a trip, but don’t forget to check out some of the earliest historical sites in the region’s storied history–the Spanish missions along El Camino Real–or, “The King’s Highway.”

These missions are so important to the history of California, that most of the state’s major cities are named after the mission they are near, such as San Diego, San Francisco, Santa Clara, Santa Barbara and more. Take a look at our take on 10 of the most historically-important missions established throughout California. 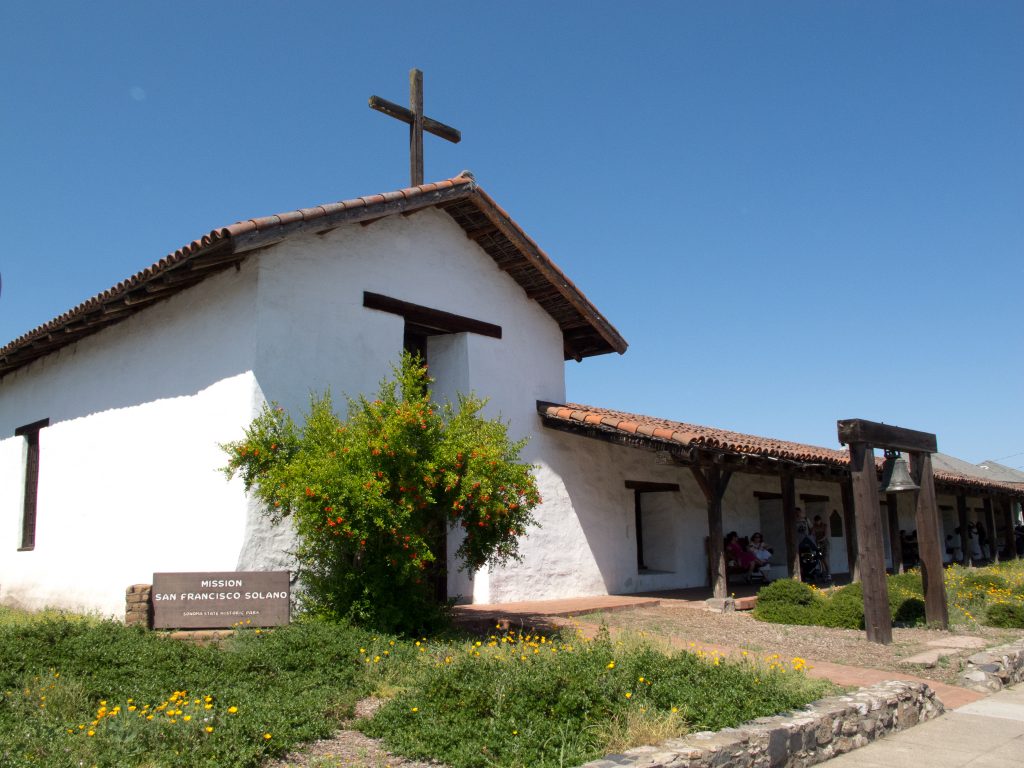 Founded in 1823, the last California mission, Mission San Francisco Solano, served only 11 years before its secularization. But without it, history would be rewritten to upset many wine loving travelers: Sonoma Valley wine country wouldn’t exist; and the town of Sonoma wouldn’t exist. Today, the mission is part of the Sonoma State Historic Park in the lovely downtown. It is rather small, but the exhibits are impressive in terms of variety and quality, from watercolor paintings of California missions by Chris Jorgensen to flea-market-finds oil paintings and artifacts. The courtyard is an oasis filled with olive trees, walls of cactus and rosemary. 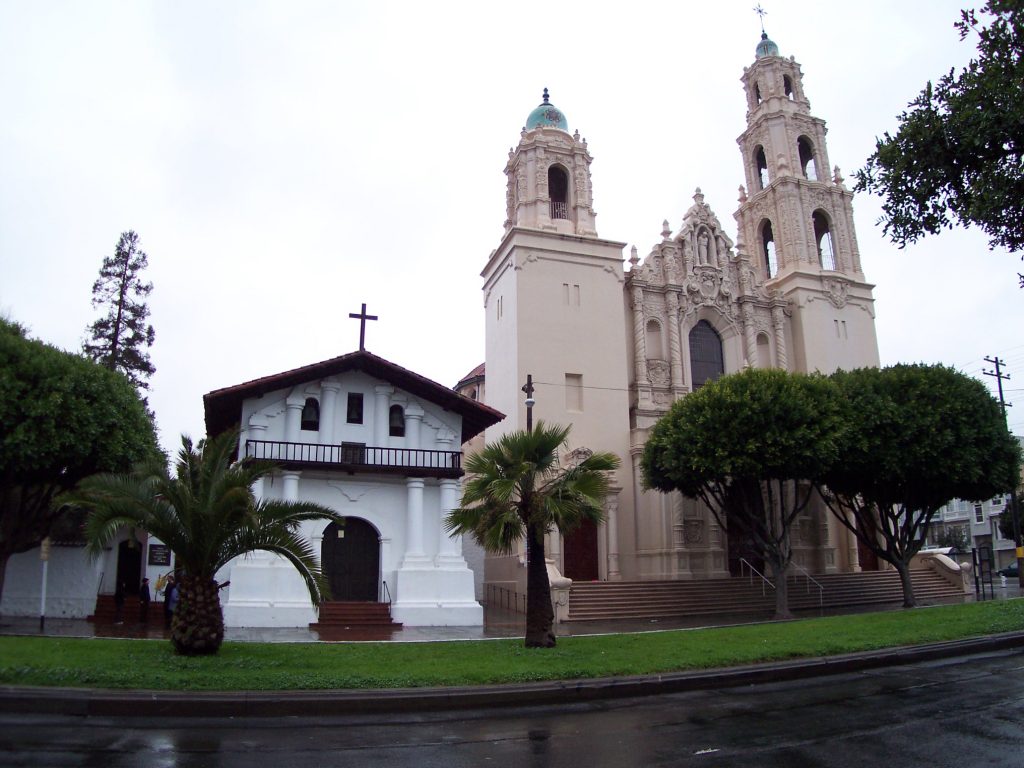 Founded by Father Junipero Serra in 1779, Mission San Francisco de Asis, also known as Mission Dolores, is the oldest structure in San Francisco. The mission and the city that surrounds it was named after St. Francis of Assisi, the founder of the Franciscan Order. The Mission Dolores has gone through several repairs and renovations since its founding and the mission’s original adobe structure still stands on-site, as well as a section of the original cemetery. The mission was the first location to be designated by the City of San Francisco as a protected historical landmark in 1968. 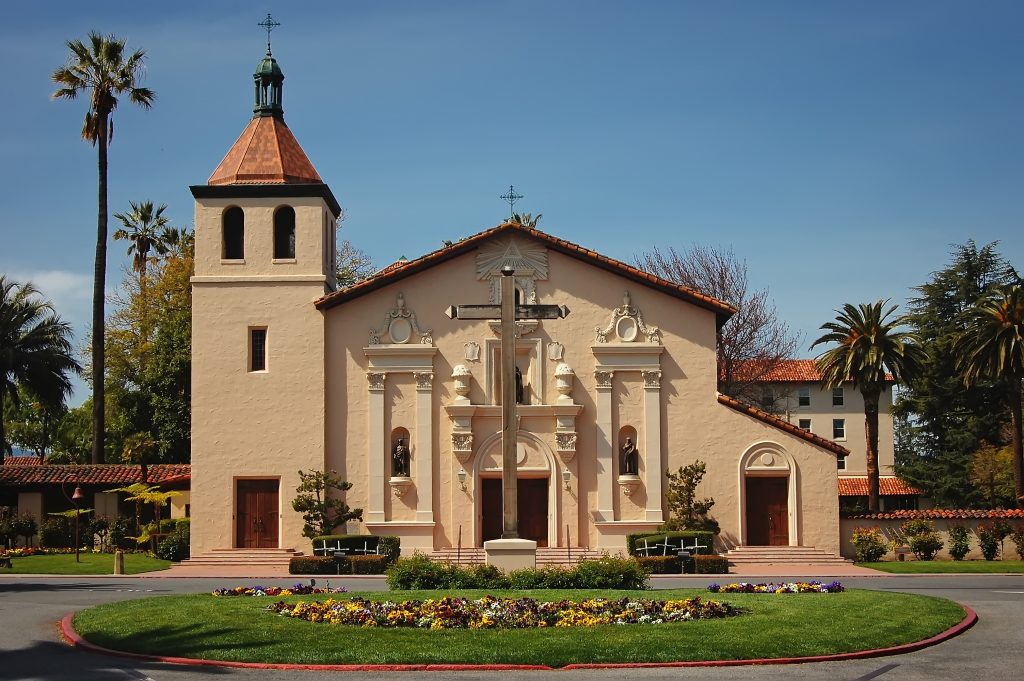 As soon as you enter Santa Clara University, the huge restored structure of the Mission Santa Clara de Asis stands tall to welcome you. Founded in 1777, it is the eighth Spanish mission founded along El Camino Real by Father Junipero Serra. Not only is Santa Clara de Asis the first Spanish mission in California named after a woman, but it is also the only one located inside a university. The church has been fully restored and is completely operational with prayer services, sermons and other religious events taking place on regular basis.

Established under the Franciscan order in 1797, the Mission San Juan Bautista is a Spanish mission whose name is extended to the city it calls home. The mission is centered around emerald landscapes, and its premises are home to a nunnery, the living quarters of the fathers and ancient soldiers dormitories also form a part of the mission. The interior of the mission has a gorgeous altar and the floor of the church is adorned with intricate paintings of animals. Its cemetery served as a resting place for many Christian natives that inhabited this land and Padre Esteban Tapis, under whose leadership the mission’s choir had bloomed, is also buried here. A landmark of religious tolerance and cultural synthesis, Mission San Juan Bautista is worth your admiration. 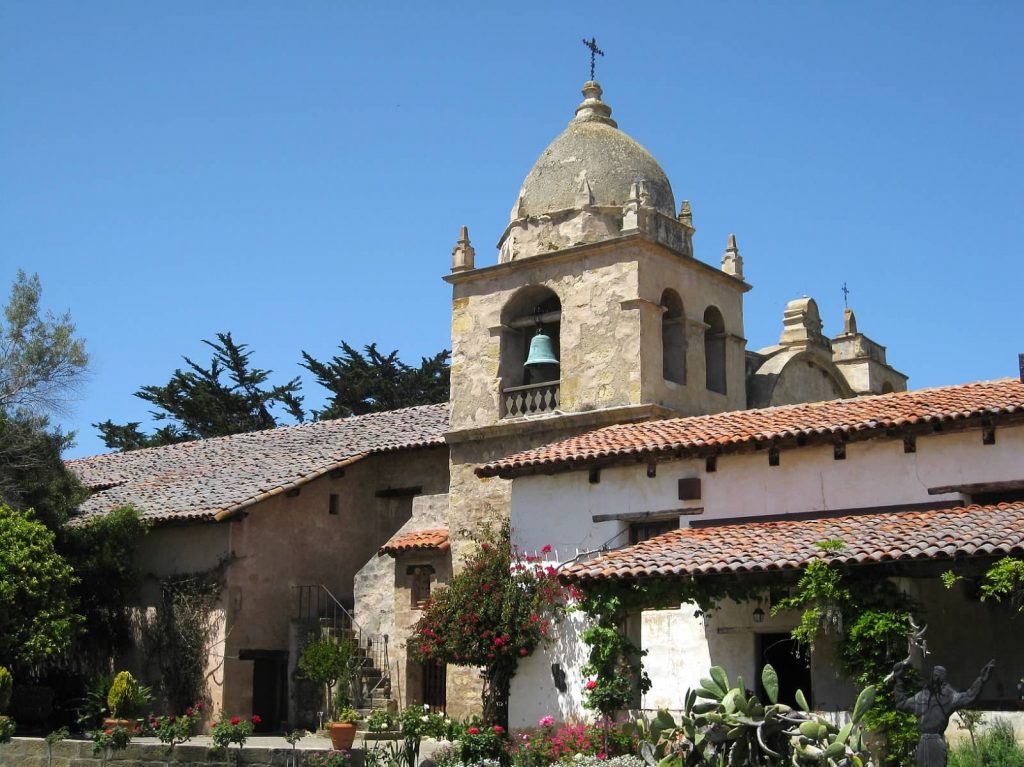 Also known as Mission Carmel Basilica and more formally, as Mission San Carlos Borromeo del Rio Carmelo, this was the second of the nine missions founded by Father Junipero Serra. The area was originally chosen for its agricultural possibilities in 1771, but the temperate climate and exquisite landscape soon made it Father Serra’s favorite. Indeed, he is buried, as per his wishes, in front of the church’s main altar. The building, which fell into ruins in the 19th Century and has since been completely restored, exhibits classic Mission-style, fortress-like architecture, with thick, bougainvillea-covered adobe walls and a central courtyard. A Moorish-style bell tower contains nine bells and is open to the public. Though some may find the climb up the steep staircase taxing, the views from that vantage point are magnificent. 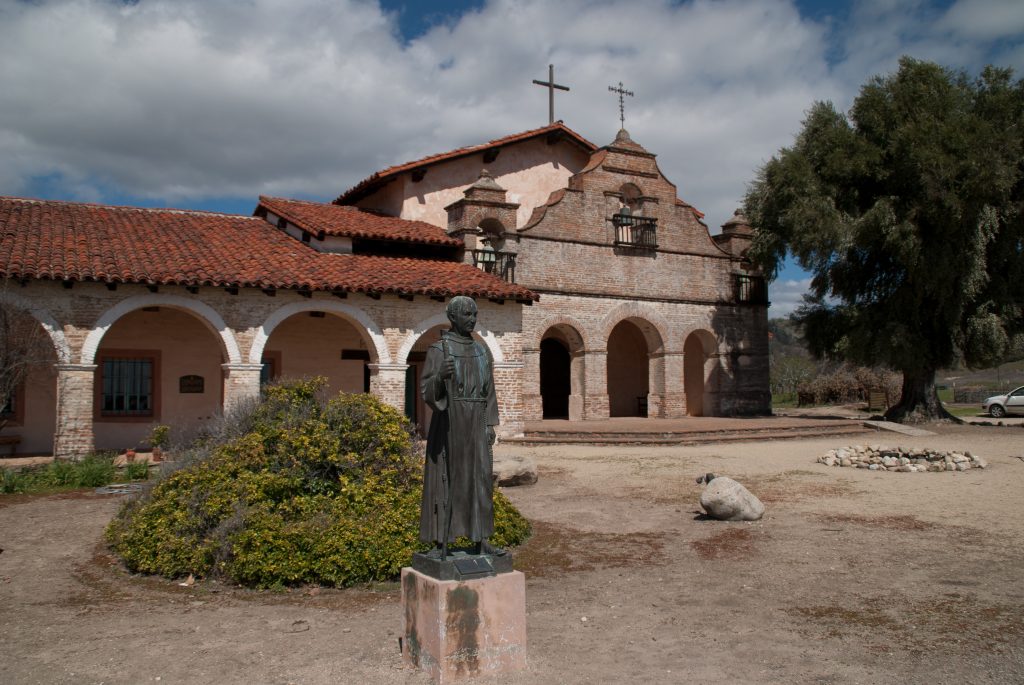 Founded by Father Junipero Serra in 1771 in the present-day town of Jolon, Mission San Antonio was the third Spanish mission built along El Camino Real and the site of the first Christian wedding in Upper California. The mission’s unique location inside the San Antonio River Valley gives visitors a remarkable glimpse into mission life during the late 18th century. After taking nearly 50 years to restore to its former glory, Mission San Antonio de Padua currently stands as a shining example of the many Spanish missions along the King’s Highway. 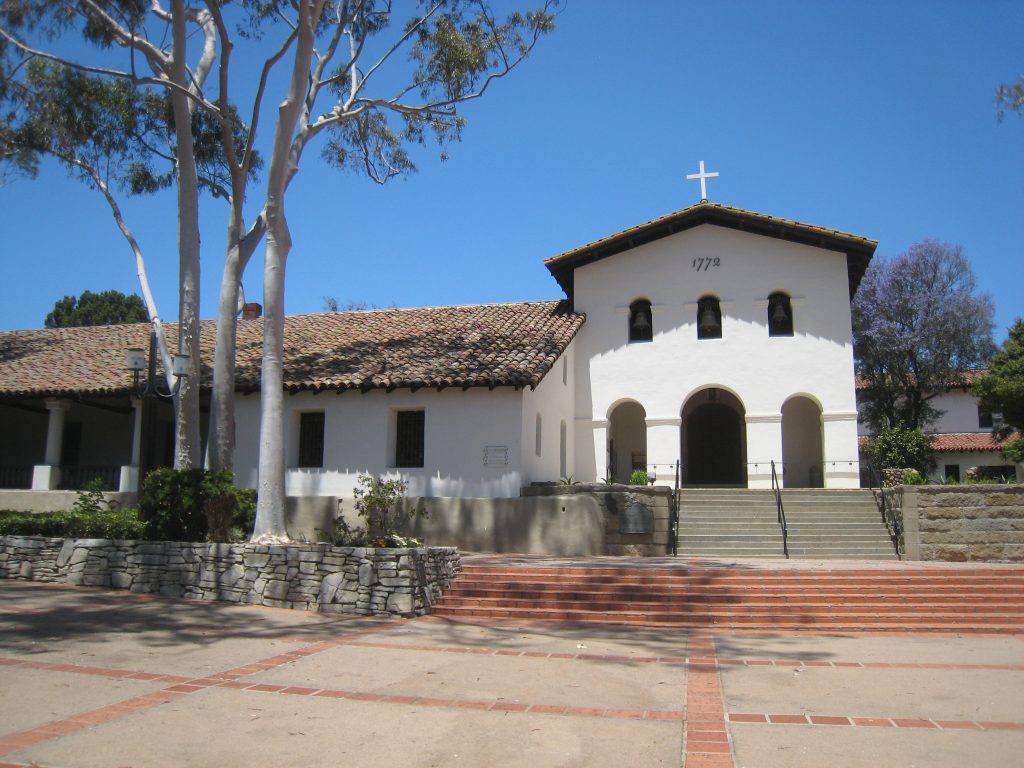 Commemorating Saint Louis of Anjou, Mission San Luis Obispo de Tolosa is one of the most revered landmarks of the city of San Luis Obispo. The mission was built under the leadership of Junipero Serra, after this city came to his party’s rescue when the food supplies at the Carmel Mission dwindled. San Luis Obispo was considered as a bountiful land, and hence the Mission San Luis Obispo de Tolosa was founded here. The church was built with the help of Spanish soldiers, local neophytes and the Chumash community, thereby becoming a symbol of communal harmony. The mission was built in a peculiar style; it has an angelic-white entrance that is graced with a gorgeous fountain having gleeful bear statues. The alter of the mission is serene and has many ancient artifacts. This is a perfect setting for an intimate wedding and other religious ceremonies. 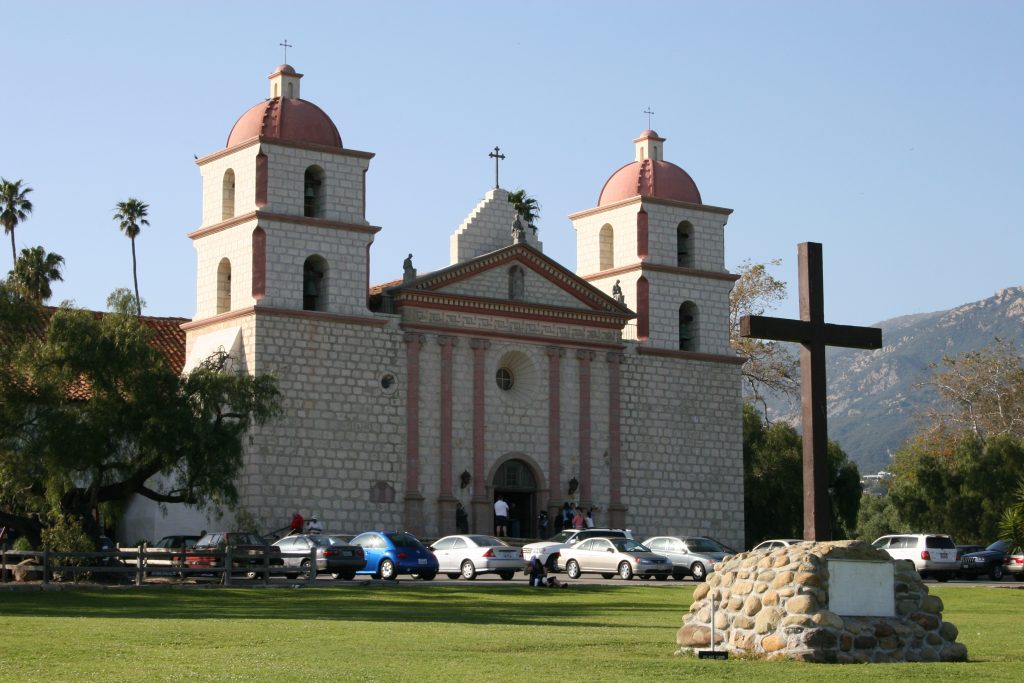 Mission Santa Barbara was established by Father Junipero Serra in 1786 and it still stands today as a prominent part of local culture and history. Holding one of most extensive and closely guarded collections of colonial Franciscan music manuscripts in the world, Mission Santa Barbara also has one of the oldest traditions of choral singing in California, performances of which can be heard frequently to this day. In addition to its historic importance, the mission is actively involved and conducts a number of humanitarian activities for the underprivileged. 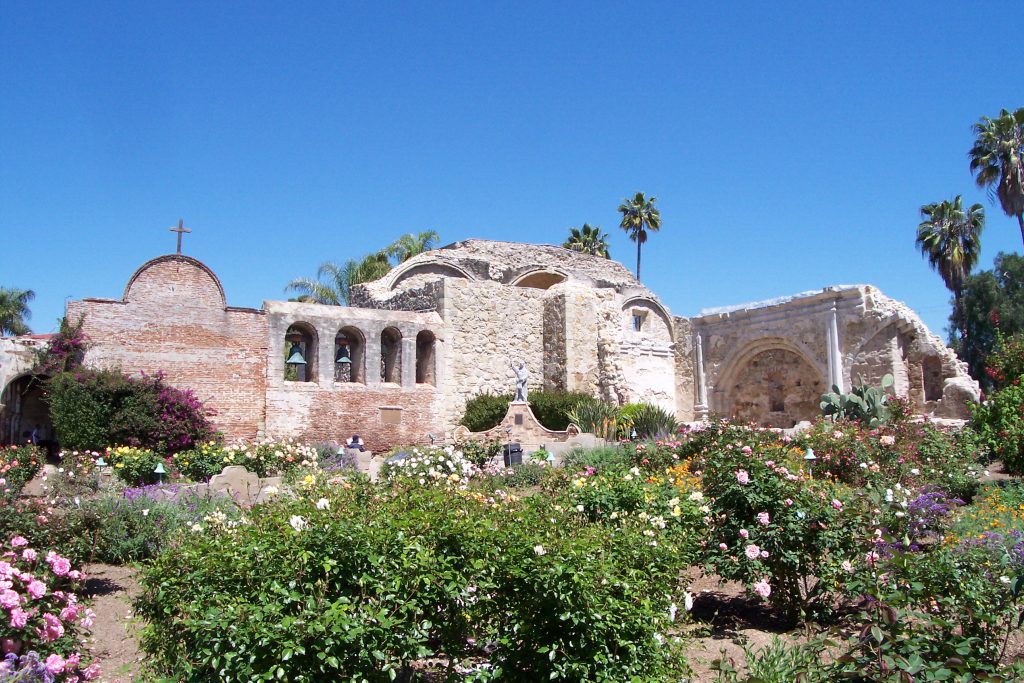 Historic Mission San Juan Capistrano is a California icon. Perhaps most famous for visits from its annual guests of honor, the swallows, the Mission means many things to many people. For Californians, it is a powerful symbol of the state’s complicated colonial history. For Catholics, it is a profound religious site, indicative of the Church’s own complex heritage. History buffs spend hours reveling in the facility’s many exhibits and displays, connecting viscerally with the sights, sounds and feelings of generations long past. For visitors of any background, it is an undeniably gorgeous place to spend an afternoon–replete with striking architectural elements and lovingly cared-for gardens. 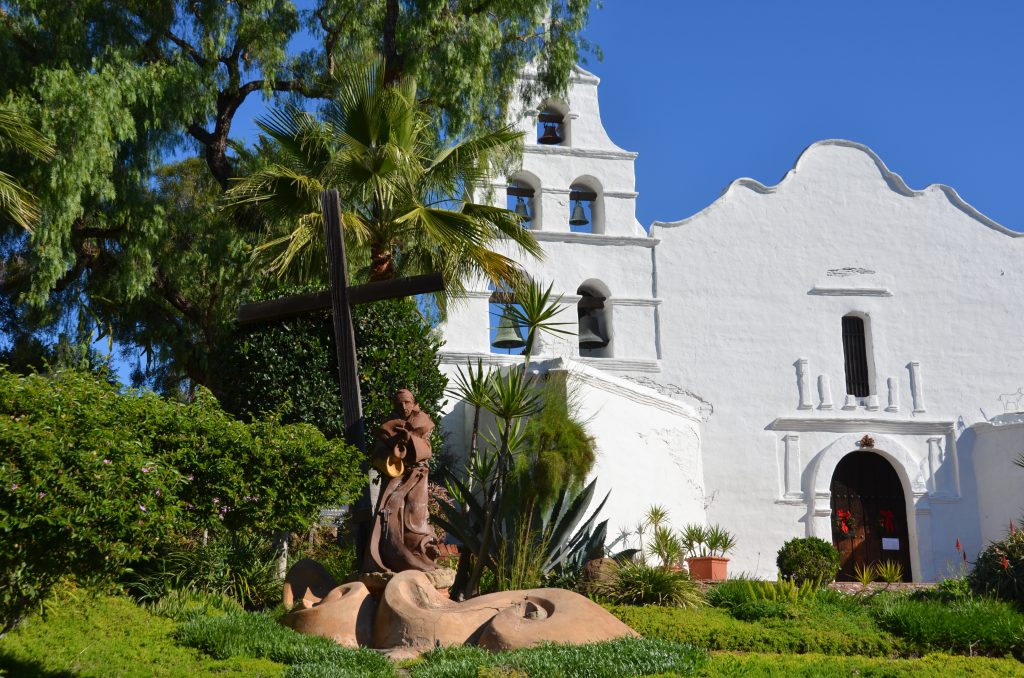 Founded in 1769, Mission San Diego de Alcalá was the first mission founded by Father Junipero Serra in The Californias. Like many of the Spanish missions that were built along California’s famous El Camino Real, the mission is actually the namesake of the major city it’s near–in this case, San Diego. The mission experienced a tumultuous history since its founding, and its church building has since been rebuilt five times on the same site. Today, the mission stands as a remarkable example of early California history and is currently registered as a National Historic Landmark.

As you can see, there are plenty of reasons to get on the road and explore the best of what the beautiful State of California has to offer. For those who are passionate about the state’s history and heritage, dropping by these missions will be time well-spent. 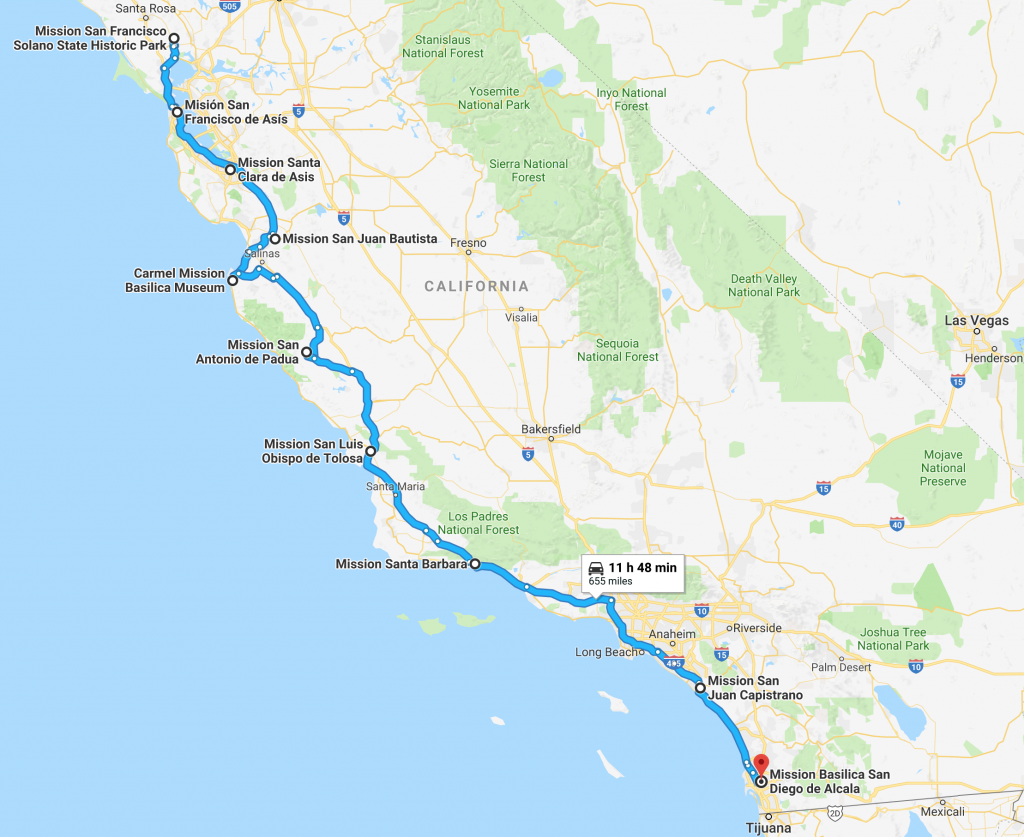 By the way, did you know that can plan your next road trip using our Cityseeker Collections feature? We’ve built a collection of the 10 California missions above to inspire your next drive–try to build a collection of your own and share with us!