Of the many spellbinding sights that the world has to offer, some preserve a more haunting quality than others – whether it is by virtue of their tragic, indelible history, or owing to the way they are shaped by the forces of nature – one cannot deny the almost-visceral pull of such places. Harsh reminders of the scars of time, these places can be spotted the world over; from ash-cloaked lands that conceal years of heritage under Mount Vesuvius, to lifeless figures that haunt a derelict amusement park in South Korea. A few others stand as stoic memorials of a time gone by, inviting curious visitors to understand and lament its bygone past.

Listed below are a few interesting sites around the world famous for ‘dark tourism’. 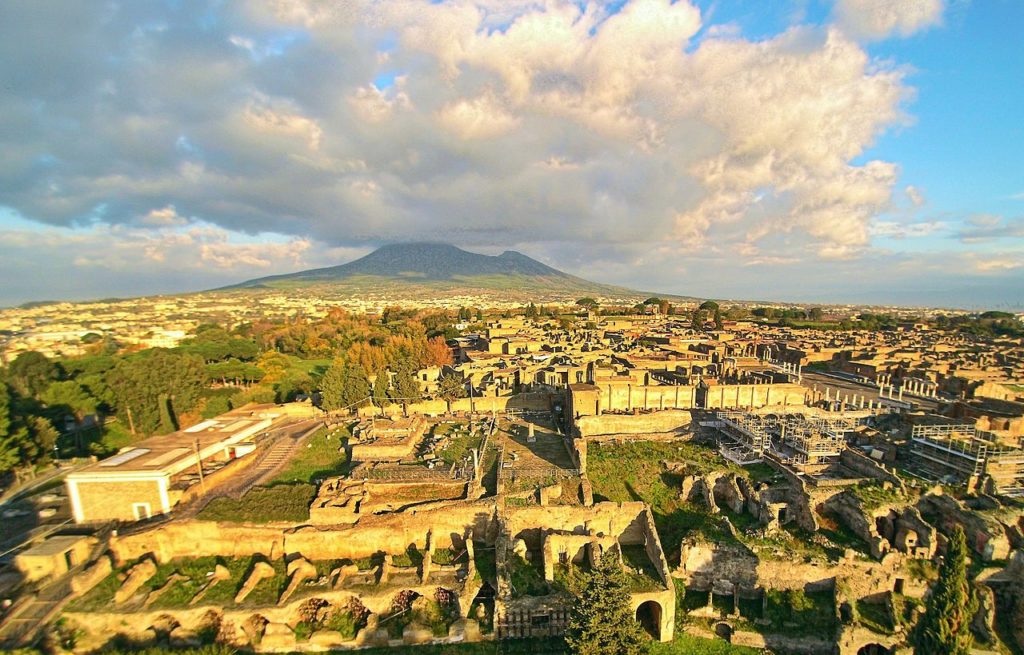 Scores of offbeat travelers who journey to this iconic site each year vouch for its remarkable archaeological significance. They appreciate the Temple of Jupiter that endured millennia, and the many stories it continues to weave, they fawn over the gently fading frescoes that saw the city in the throes of devastation, and they mourn the in-situ casts of corpses that still lie frozen in time. The town, which appears strangely beautiful in its ruinous state today, was once the epitome of affluence. It is hard for visitors to imagine that Pompeii once thrived and prospered at Vesuvius’ foothills, unaware that it would angrily erupt in the summer of 79 CE. The eruption of Vesuvius was likened to the sky falling – the disastrous event caused hot ash to lash Pompeii’s rich landscape, and it seemed as though a dark curtain fell over the city. The curtain would remain unlifted for years, and until then, the city and its people lay hauntingly still under a thick layer of debris. It was only when an excavation was carried out in the 18th Century that archaeologists unearthed a city lost to time. Ever since, Pompeii has captured the imagination of treasure seekers, archaeologists, and travelers in pursuit of the unusual. 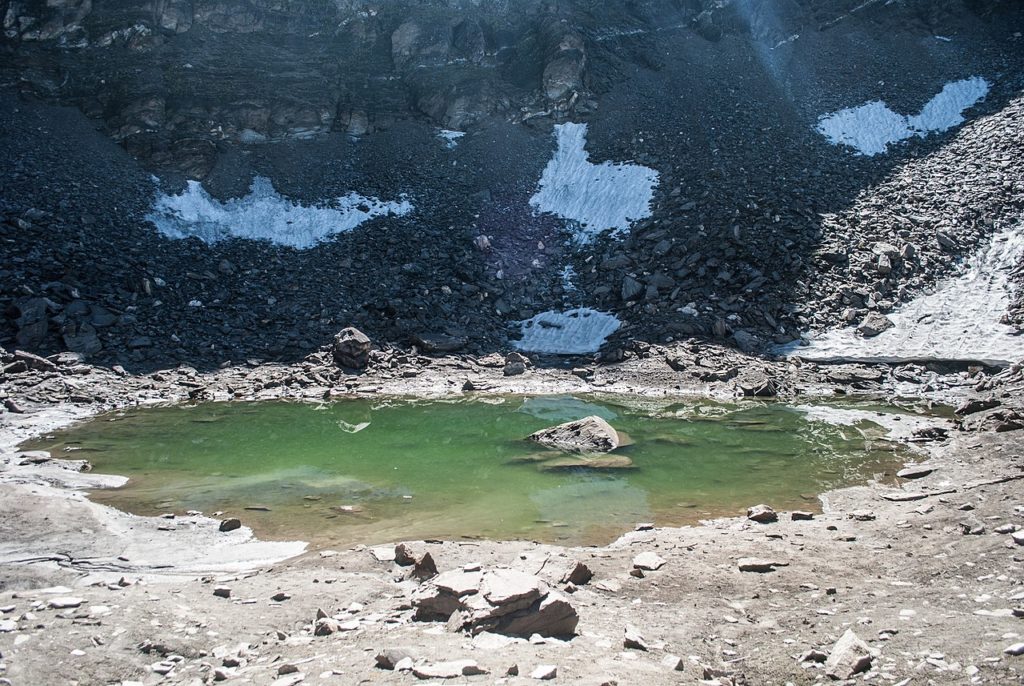 Tainted by a past unknown, the eerie lake draws crowds of thousands each year. (Source: Schwiki @ Wikimedia Commons)

High above the picturesque district of Chamoli in India’s Uttarakhand, a disturbing fact mars the beauty of a popular mountainous trek route. The cynosure of this mountainous trek route is Roopkund, a glacial lake. When the snow melts in the summer, the lake reveals an array of skeletal debris within its depths. Although this is a recent discovery, the remains – about 30 of them – are not, and are known to date back to circa 19th Century. Even today, a number of theories float around the origin of these skeletons – while some believe that these may be the remains of perished soldiers of a Japanese military fleet, some others surmise that they actually belong to a local monarch and his family, all of whom died while on pilgrimage. Regardless, the skeletons remain a source of immense mystery to all those who embark upon this treacherous trek, making it one of the most intriguing sites for dark tourism in India. 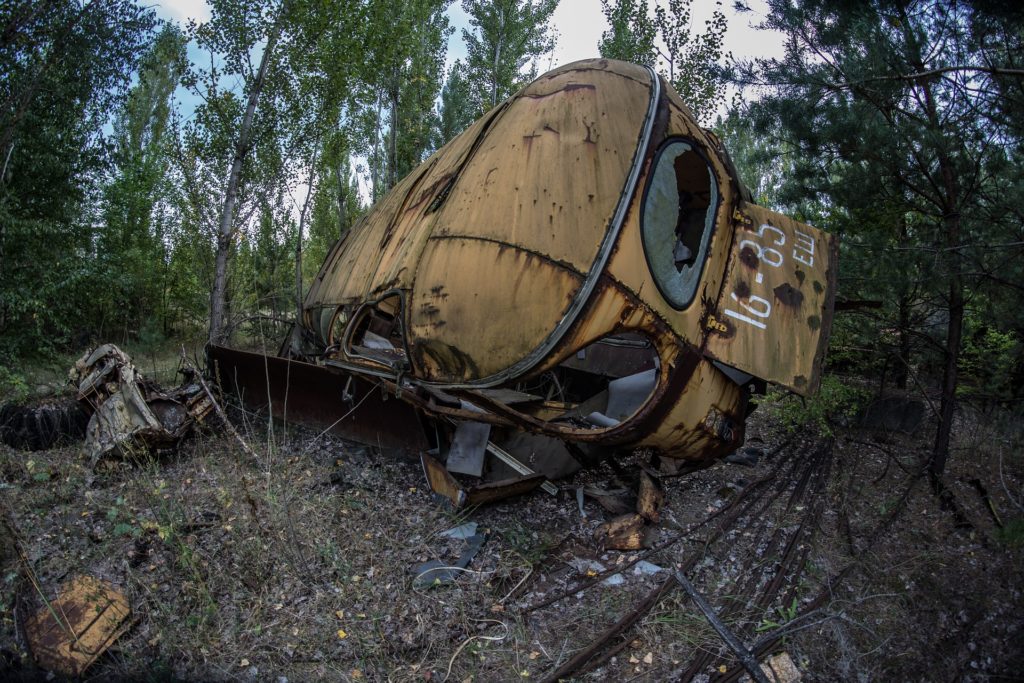 The remnants of the disaster continue to haunt the regions around. (Source: Wendelin Jacober @ Pixabay)

In the dead of night on 26th April 1986, an experiment in Block Four of the Chernobyl Nuclear Power Plant went horribly wrong, causing a chain of devastating explosions – the effects of which would continue to haunt the world for years. While nearly 30 people lost their lives that night, several citizens of the town of Pripyat continued to suffer its disastrous ramifications several years after the actual incident took place. Today, this fateful ghost town breathes laboriously under the weight of history, yet manages to attract droves of travelers. A top dark tourism destination now, Pripyat commonly sees visitors come in from Kiev on a day trip that takes them through the Chernobyl Exclusion Zone. Pripyat’s desolate streets, worn by a maze of Communist buildings, are drenched in a deafening silence, and offer tourists a fleeting glimpse of the city in its last moments. Gas masks lay strewn on the floor of a school, a lone Lenin statue watches the world go by, while several other scenes depict the town in varying shades of decay. Of course, the place is still considered radioactive, although exposure to it in minimal doses is said to be harmless. The tours are therefore timed, and a contamination scan is mandatory while exiting. 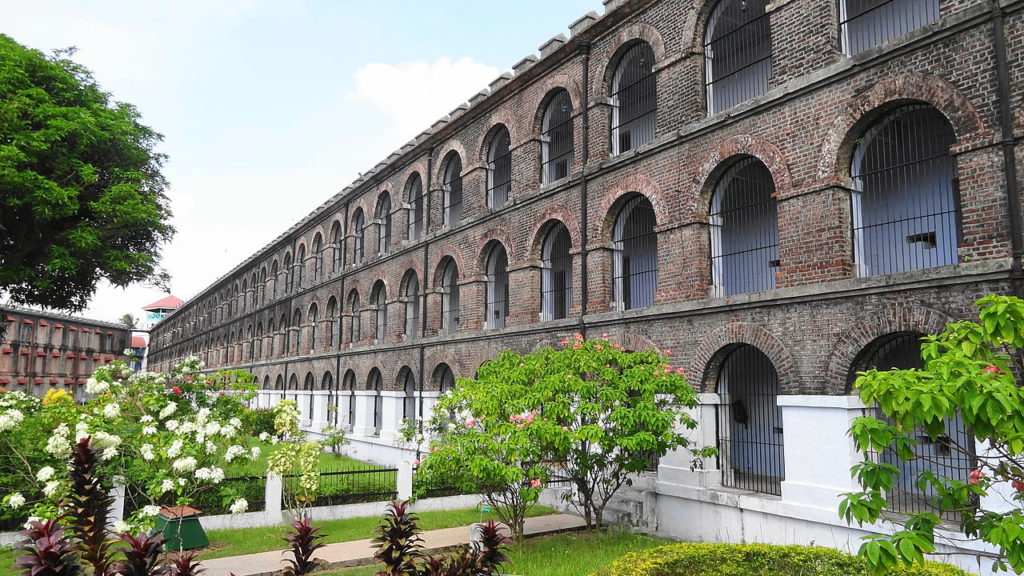 Beyond the soothing, turquoise waters of the Andaman Sea, lies a piece of history tainted by the struggle for India’s independence. Life was anything but easy for the prisoners of this infamous colonial prison, a jail so well-known for its punitive methods, that it was termed as Kala Pani or Black Waters – a tragically antithetic expression when compared to the island’s aquamarine waters. The jail, a brilliantly-designed unit based on the Panopticon concept of surveillance, allowed incredible visibility of all inmate cells when viewed from a single point. It was regarded as the ultimate prison for exiled mutineers and political revolutionaries involved in India’s freedom struggle at the time. With the raging sea in its backyard, there was no avenue for escape from the jail, and most prisoners spent the remainder of their lives here. Today, long, narrow hallways take visitors through the prison’s labyrinthine interiors; through solitary confinement cells, prisoner workstations, and gallows, offering glimpses into a life of hardship and despair.

The Door of No Return 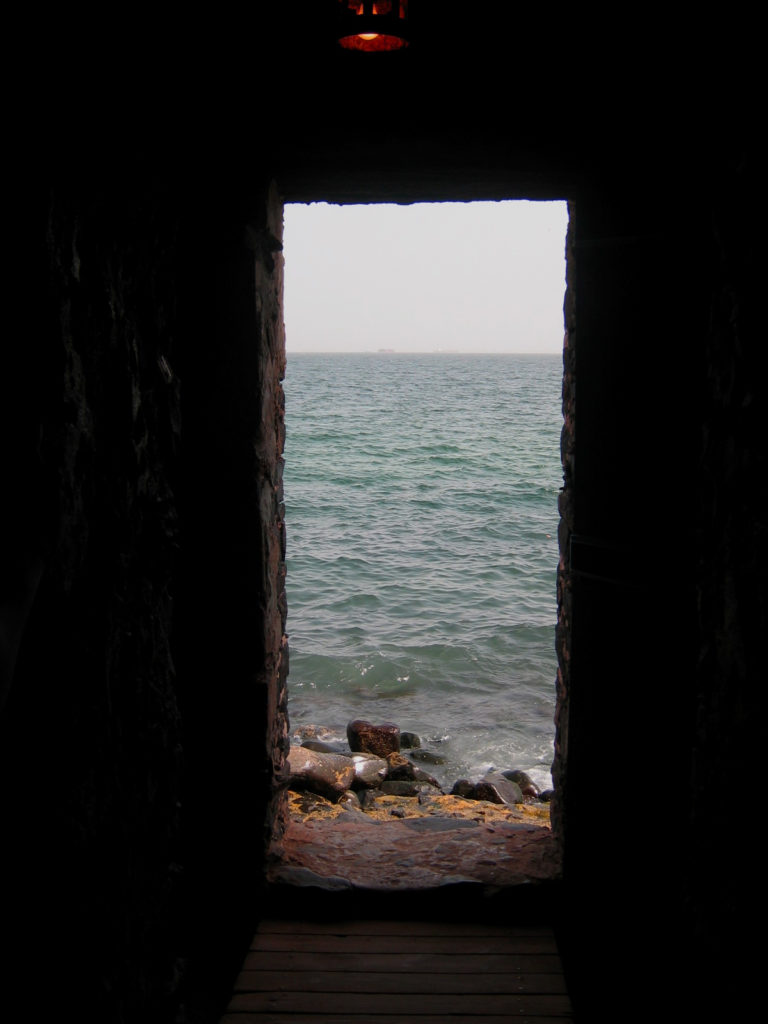 The doorway leading to slavery, the hopelessness, to a life condemned. (Source: The Wandering Angel @ Flickr)

A narrow, unkempt door frame, almost like a sliver, opens up to the waters of the Atlantic on Senegal’s Gorée Island. While the opening is now a soulful, heart-wrenching symbol of freedom, it was a point of no return for years during the time of the Atlantic slave trade. It was from this point, termed ‘The Door of No Return‘, that countless Africans were sent off and condemned to a life of slavery, never to return to the land and life they once held dear. Now a museum and a memorial, the erstwhile ‘House of Slaves’ stands here as a deep tribute to West African history, culture and people, and most definitely merits a visit.

A lot more secrets lie in the depths of our world, awaiting to be discovered and dug up for the world to see. However, given the background and past associated with these places, it is important to maintain a sense of respect and sensitivity while visiting such destinations, and remember why they exist in the first place.