This summer, one of our editors, Landon Moblad took a road trip with a couple of buddies through the American south. He returned with tales of colorful characters and interesting sites, the highlight of which may have been a curious little museum in a sleepy little town in Mississippi.

It was probably our overall indifference to Elvis Presley mixed with a preference to not blow 40 bucks touring around a tacky mansion, but the idea of checking out Graceland never really popped into our heads while passing through Memphis.

“You guys should check out Graceland Too,” a Nashville friend casually advised. “I haven’t been myself, but I hear it’s . . . interesting.”

Our friend quickly rattled off what few facts he knew about the place. The vague picture he painted conjured up the image of a kooky old man who “drinks a case of Coca-Cola a day” and runs a makeshift hoarder’s den tribute to Elvis out of his house. Sold. 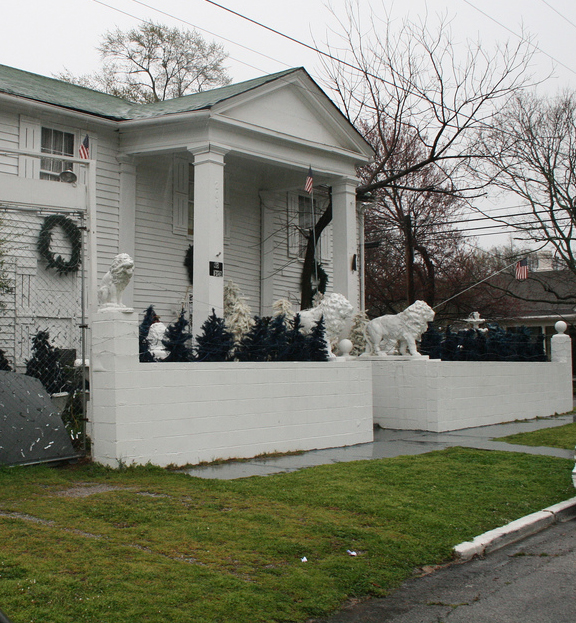 A few days later, en route to Alabama, we pulled into Holly Springs, Mississippi, a snoozy little town about 30 miles south of the Tennessee border. We made our way to Graceland Too still not really sure what to expect. The house we arrived at was stark white (the color du jour, as Google image searches show it to once have been hot pink and royal blue as well), with dozens of retired spray paint cans strewn all over the front yard, spilling into the street. It became pretty clear at this point that the man we were about to see wasn’t exactly playing with a full deck.

We were greeted on the front porch by Paul McLeod, the homeowner and curator of the “museum.” His frazzled state and little-too-hard slaps on the back immediately put me and my two friends at a bit of unease. Wearing a half-buttoned shirt, sandals that looked like they’d been through several wars, dentures that could have used a fresh layer of Fixodent and a gray tuft of hair that probably made for a rad pompadour back in the day, Paul ushered us into his house. 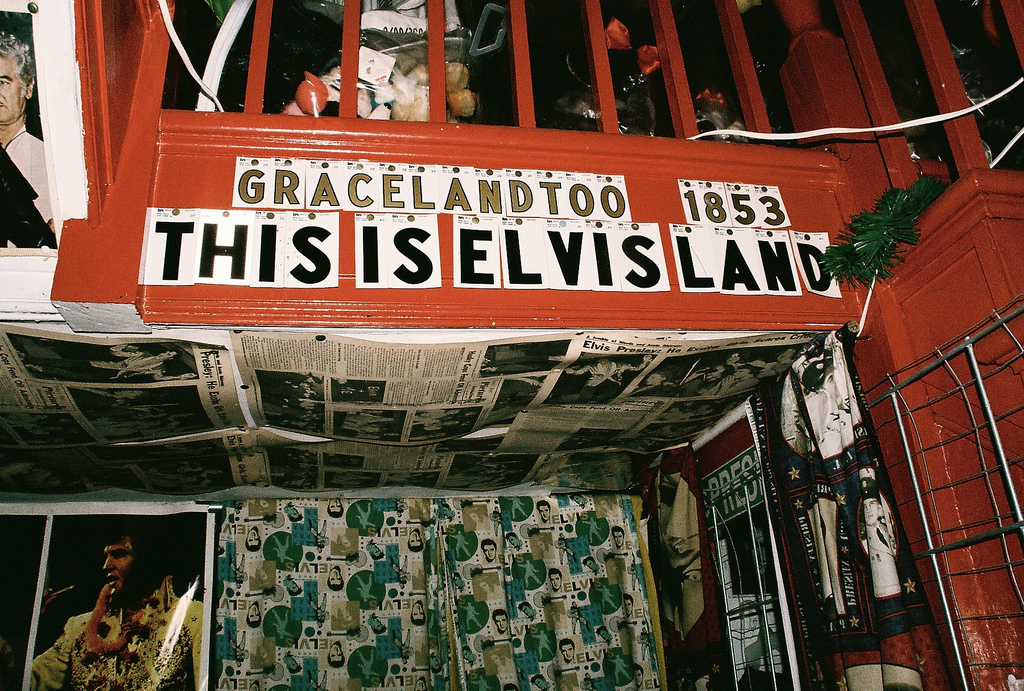 The first thing I vividly remember walking in was the smell. The dank musk was unlike anything I’ve ever smelled before—a heinous mix of dust, body odor, unidentifiable cooking smells and decades-old newspaper. Lucky for us, there wasn’t a single window in the house to be found.

The next thing I remember quickly realizing was that to say Paul was barely lucid would be an understatement. You didn’t engage with him so much as he talked at you, almost incoherently, staring through you with eyes that seemed to be dancing around on some other planet. The claims of him being an Elvis memorabilia freak proved to be true, however, and soon we were being whisked from room-to-room to see a packed to the gills assortment of his King-related treasures and trash (mostly trash).

As we went along, we understood that we were less getting some crash course on Elvis Presley from a devoted collector, and more getting a freak show tour of this man’s descent into madness. My friends and I nervously exchanged glances as Paul repeatedly slapped our backs, unsettlingly pinched our arms, yelled at us and called us a variety of colorful names, including “fart sniffers” and “professional shit eaters.” Completely fabricated tales of him hanging with Elvis back in the day were interspersed with insane tales about President Obama and the Bush twins coming to his house every year. “Man, I’ve seen a lot of weird shit,” he must have said at least a dozen times. That part, I do believe.

As we went deeper and deeper into his bizarre labyrinth of a house, surrounded by broken down Elvis cardboard cutouts and newspapers plastered to the ceiling, our desire to get the hell out of there grew by the minute. Finally, we made it to the kitchen, where we found some respite in the form of the first window to the outside world we’d seen the entire time. That moment ended in a hurry though when I turned to see Paul casually waving a tiny (but definitely real) pistol at us. My heart jumped and I mustered a “please don’t point that at me,” to which he simply replied, “shut up,” before setting it down on the counter. 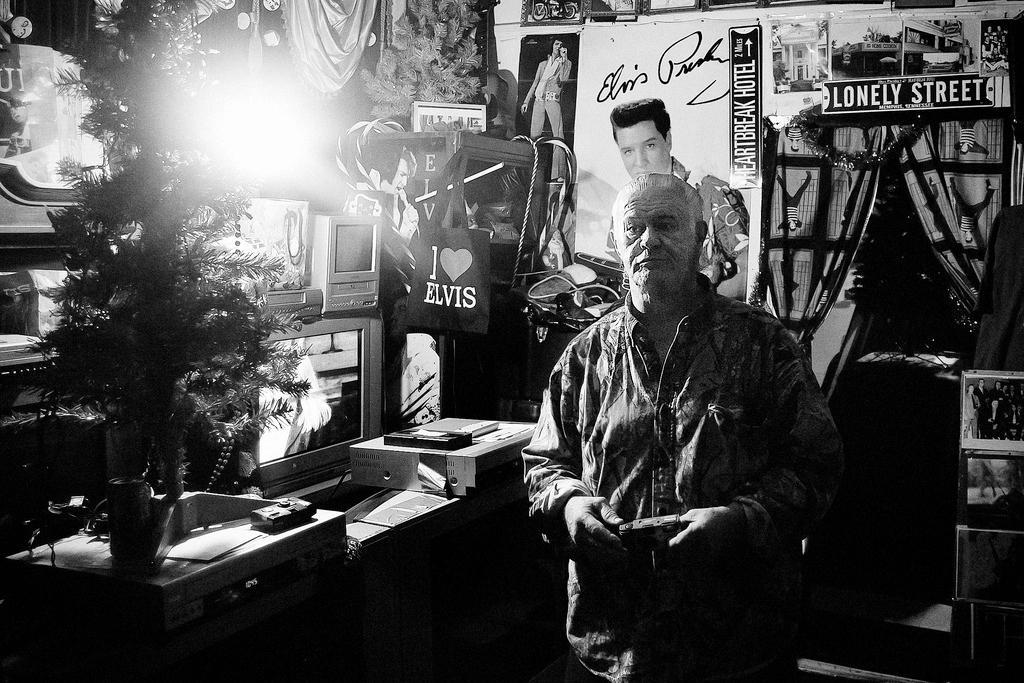 It was only after we got back to our car and high-tailed it out of Holly Springs that we did some research into Graceland Too. Paul has been offering his “tours” for decades, letting anyone in to show them around at anytime, 24/7. Literally. The place has become a word-of-mouth stop for oddity fans passing through, as well as Ole Miss students, who show up in packs looking for something to do after the bars let out. Whether it’s mid-afternoon or 4 AM, Paul is apparently happy to oblige.

As truly bizarre and uncomfortable as Paul’s tour was in the moment—like some disturbing scene from a David Lynch movie—it was also full of plenty of laughs. My friends and I look back at it as one of the more memorable moments of our jaunt through the South (and certainly the most unique). So if you’ve ever got a friend who’s going to be in that neck of the woods, pass the word along. Just say, “you oughta  check out Graceland Too . . . I heard it’s interesting.”

When I planned my four-month stay in San Francisco as an editorial intern at cityseekr, I knew exactly how I would end my time in the states: with a road trip across the whole country–all the way from California to New York City! This was a dream that I had for years prior to my internship here in the Bay Area, and now that dream is coming true…I can’t wait for it to start! After my internship ends I will have just one month to take everything in before my visa expires–so we better get a move on! 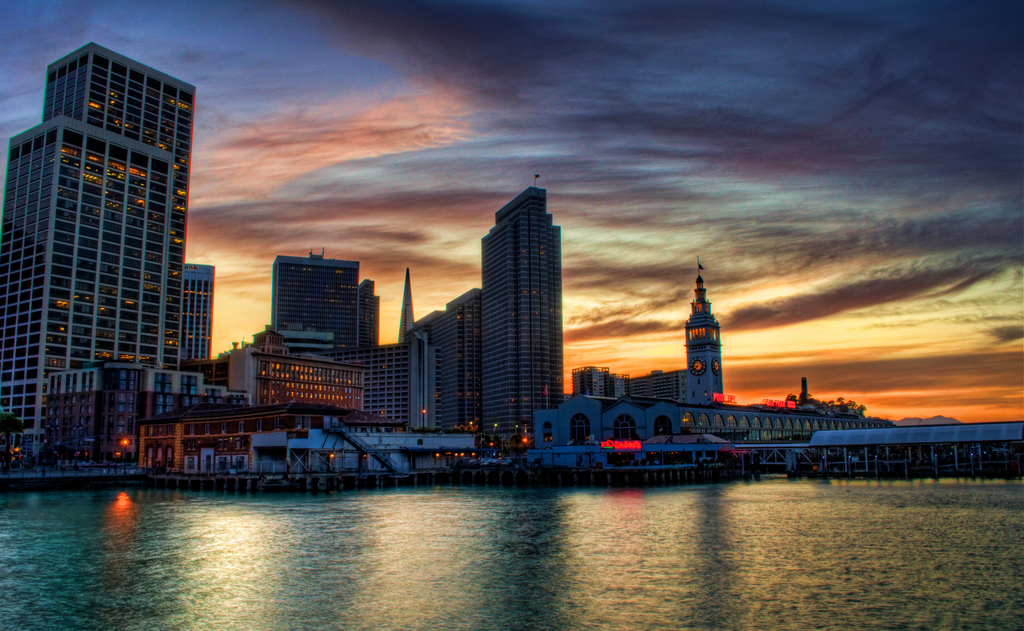 Two of my friends from Germany and I will start our trip here in San Francisco. I’m very excited to show them the beautiful city where I’ve spent the last four months. From here we want to rent a car and make our way to Yosemite National Park. To be honest, this is not my favorite planned destination on our itinerary. I guess I’m not so much of an outdoorsman and more a friend of the big city. “Big trees…? Big deal…!” However, maybe we’ll get to see some bears…yes…I would definitely like that!

After Yosemite we want to come back to San Francisco, just to be able to take scenic Highway 1 to Los Angeles the next day. We’ve been told it is one of the most beautiful roads to travel by car. Also, many people I’ve met have had lots of things to say about LA and I must also admit that I’m quite excited to see it. Venice Beach, Downtown, Hollywood–so many places to see in so little time! Most of all I’m excited to go to Universal Studios, as well as checking out some of the fancy LA nightclubs. END_OF_DOCUMENT_TOKEN_TO_BE_REPLACED